"I am extremely thankful to all of you for changing my world. My last three summers at PROMYS (which would have been flat out impossible without your help) have given me a platform to reach out to the higher branches. I will play this gesture forward to the people who need it by the means I have." Adit Vishnu PM, Mehta Fellow to PROMYS 2016-2019

PROMYS has established two offshoot summer programmes: PROMYS Europe for European students at the University of Oxford and now PROMYS India for students in India. In addition to its core programmes for talented secondary school students from around the world, PROMYS also runs PROMYS for Teachers, its teachers' institute at Boston University and PROMYS Math Circle, its mentoring programme for students in high-needs state-funded schools in Massachusetts. 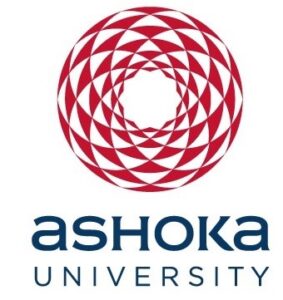 Ashoka University is a private research university with a focus on liberal arts located in Sonepat, Haryana, India.  There are over 2,000 students at Ashoka from across India and also many international students.

Ashoka is "a pioneer in its focus on providing a liberal education at par with the best in the world. The aim at Ashoka is to help students become well-rounded individuals who can think critically about issues from multiple perspectives, communicate effectively and become leaders with a commitment to public service. An Ashoka education carries a strong emphasis on foundational knowledge, thorough academic research based on rigorous pedagogy, and hands-on experience with real-world challenges."

Ashoka is India’s largest collective philanthropic initiative, started by some of India’s most accomplished business leaders and philanthropists.

Alumni of the PROMYS programme established the PROMYS Foundation as a non-profit 501(c)(3) public charity in 2011 in order to support the PROMYS mission of nurturing mathematical talent wherever it can be found. The founding alum Trustees all felt they had benefitted deeply from their participation in PROMYS and wanted to ensure this opportunity would continue to be available to future generations of mathematically talented students regardless of their financial circumstances. The PROMYS Foundation continues to be run by alumni who volunteer their time and expertise. 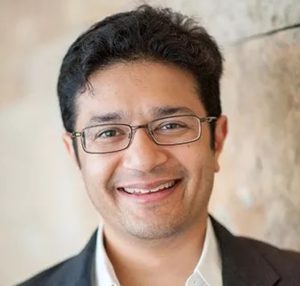 “Our vision is to find the most talented young mathematicians where they live, and create an outstanding group of alumni who may become tomorrow’s leaders of scientific research at the highest levels.”

Nick is Co-Founder and Managing Partner of Asia Partners, a unique synthesis of world-class investing and operating skills, focused on Asia's next growth region.

Through December, 2018, Nick was Group President of Sea, Greater Southeast Asia's first publicly traded internet platform company. He is a member of the World Economic Forum’s working group on local capital markets integration, a term member of the Council on Foreign Relations in New York, a member of the Singapore Chapter of the Young President’s Organisation and a member of the global Kauffman Society.

Until December 2014, Nick was Principal and Head of Southeast Asia for General Atlantic whose Singapore office he co-founded in 2011. General Atlantic is a leading global growth equity firm providing capital and strategic support for growth companies.

Nick and his wife, Phalgun Raju, co-founded Morph.org whose first philanthropic project was the Ramanujan Project, conceived by Nick, which identified and nurtured exceptional mathematics talent in India through the Mehta Fellowships which became the pilot programme for PROMYS India. 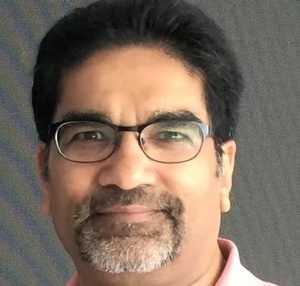 Avi and Sandra Nash have supported the establishment of PROMYS India from the start of its pilot programme, the Mehta Fellowships to PROMYS.

Avi founded a company that has advised many of the world’s leading chemical companies on mergers and acquisitions, corporate finance and strategy and also heads an investment-advisory firm. Earlier he was a partner at Goldman Sachs, where he helped lead the firm’s global chemical industry effort, and mentored numerous senior professionals. Avi served as director of Sigma-Aldrich Corporation, a $3 billion S&P 500 company providing specialty biologicals and chemicals globally. He earned an M.B.A. from Northwestern University, an M.Sc. from Syracuse University, and a B.Tech. from IIT-Bombay, which named him Distinguished Alumnus in 2002.

Avi serves as the chair of several charitable groups, including the Motivation for Excellence Initiative (MFE) and the Indira Foundation, a founding sponsor of PROMYS India. 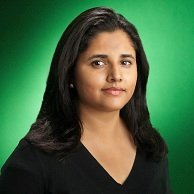 “We are extremely excited to launch PROMYS India in partnership with Ashoka University, and to scale the very successful Ramanujan Project we started in 2015 to support a greater number of exceptional math students directly in India, through the PROMYS best-in-class model. PROMYS has proven to substantially expand the horizons, thinking and opportunities of the student participants.”

Phalgun Raju is an entrepreneur and a philanthropist. She is Managing Partner of Morph Ventures, pre-series A investors and venture builder across India & Southeast Asia, and Advisory Board Member to InsightzClub, a programmatic market research and data exchange platform. As a 2018 Kaufman Fellow, Phalgun is the recipient of a two-year venture capital fellowship.

Morph Ventures is focused on global marketplace and platform businesses. Phalgun explains, “Our clients are F1000 companies, investment firms, and large consulting firms who are looking to find and hire the right subject-matter experts for very quick insights, data, or short-term or long-term projects. On the other side experts are looking for clients, which is very word-of-mouth today. We have seen a tremendous number and range of projects to date — everything from clients hiring data-science experts to come up with algorithms, to engineers to solve design problems, to industry and functional subject-matter experts for multi-month projects.”

Phalgun is Chair of the philanthropic Morph.org, which she co-founded with her husband, Nick Nash. Morph.org's key projects include the Ramanujan Project, sponsoring exceptionally talented low-income students of mathematics in India; and DonorFind, a location-based mobile application for registering for blood and bone marrow donation. 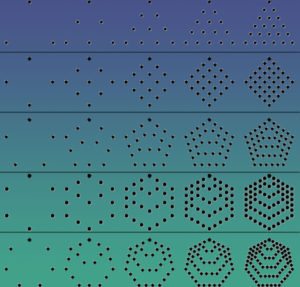 Based in Greenwich, Connecticut in the U.S., the Indira Foundation is a charitable foundation which provides generous support for non-profits, primarily in the areas of education and health. The Motivation for Excellence Initiative (MFE) is the brainchild of the Indira Foundation and the RG Manudhane Foundation for Excellence based in Mumbai, India. MFE's charitable ventures are largely in education, healthcare and self-help (especially for women). In some cases, MFE runs the charitable programmes and in other cases, they are run by partner organisations with whom MFE works closely.

The Mehta Fellowships to PROMYS were created as part of Morph.org's Ramanujan Project which was inspired by the idea of cultivating the next Srinivasa Ramanujan: the Indian mathematical genius who rose from poverty and disadvantage a century ago to worldwide acclaim and made lasting contributions to the field of mathematics.

"We want to identify the most gifted young mathematicians in India and create educational opportunities for them to flourish and contribute," said Phalgun Raju, Chairman of Morph.org. "Our vision is to expand to additional emerging markets, finding the most talented young mathematicians where they live, and create an outstanding group of alumni who may become tomorrow's leaders of scientific research at the highest levels," said Nick Nash, who envisioned and is leading the Ramanujan Project and is co-founder of Morph.org.