What is PROMYS India?

“Since the program is so intensive and so well structured, one actually feels the heavenly bliss of reasoning at every step... PROMYS actually prepares people for life, not just number theory." Nilava Metya, Mehta Fellow to PROMYS 2018–2021

PROMYS India is a partnership of PROMYS with Indian Institute of Science (IISc). A challenging six-week summer programme, PROMYS India is designed to encourage mathematically talented secondary and higher secondary students to explore the creative world of mathematics. Exposed to mathematics that is both beautiful and daunting, participants learn not just as students but as scientists.

Sadly, the launch of PROMYS India needed to be postponed to summer 2023 in response to the global COVID-19 pandemic. Students in India were invited to apply to PROMYS 2022 at Boston University in the United States and for a Mehta Fellowship if they would need financial assistance to attend.

Thanks to the generosity of its sponsors, PROMYS India will be free of charge to all participants for at least the first year of the programme.

PROMYS India aims to provide an environment for talented young people that will encourage curiosity and a deep personal involvement with the creative and collaborative elements of mathematics and science. It is designed to encourage habits of thought that will lead to scientific independence and creativity. At the same time, it seeks to foster interaction between the PROMYS India community and the larger community of research mathematicians and scientists currently working in academia and industry.

The emphasis at PROMYS India is on asking good and creative questions, on hard work and persistence, on clarity of thought and precision of expression, on depth of understanding, on respect for people and ideas, and on the sheer joy of acquiring mathematical insight. PROMYS India participants are asked to push themselves beyond the limits of their knowledge. They are given a richly interactive environment within which to learn, explore, and build friendships.

PROMYS India is closely modelled on PROMYS (Program in Mathematics for Young Scientists), its 33-year-old parent programme at Boston University in the U.S. which has welcomed students from across the U.S. and around the world every summer since 1989. PROMYS Europe, another PROMYS offshoot, has been running very successfully at the University of Oxford since 2015.

Key distinguishing features of PROMYS, PROMYS Europe, and PROMYS India are the six-week duration, the immersion in mathematics, the collaborative rather than competitive environment, the focus on depth of understanding rather than contest preparation, and the students developing mathematics for themselves.

PROMYS India grew from its pilot programme, the Mehta Fellowships to PROMYS which from 2015 has brought exceptionally talented secondary school mathematicians to PROMYS from across India. The close links between PROMYS at Boston University, PROMYS India at the Indian Institute of Science, and PROMYS Europe at the University of Oxford will continue to enrich all three mathematical communities. 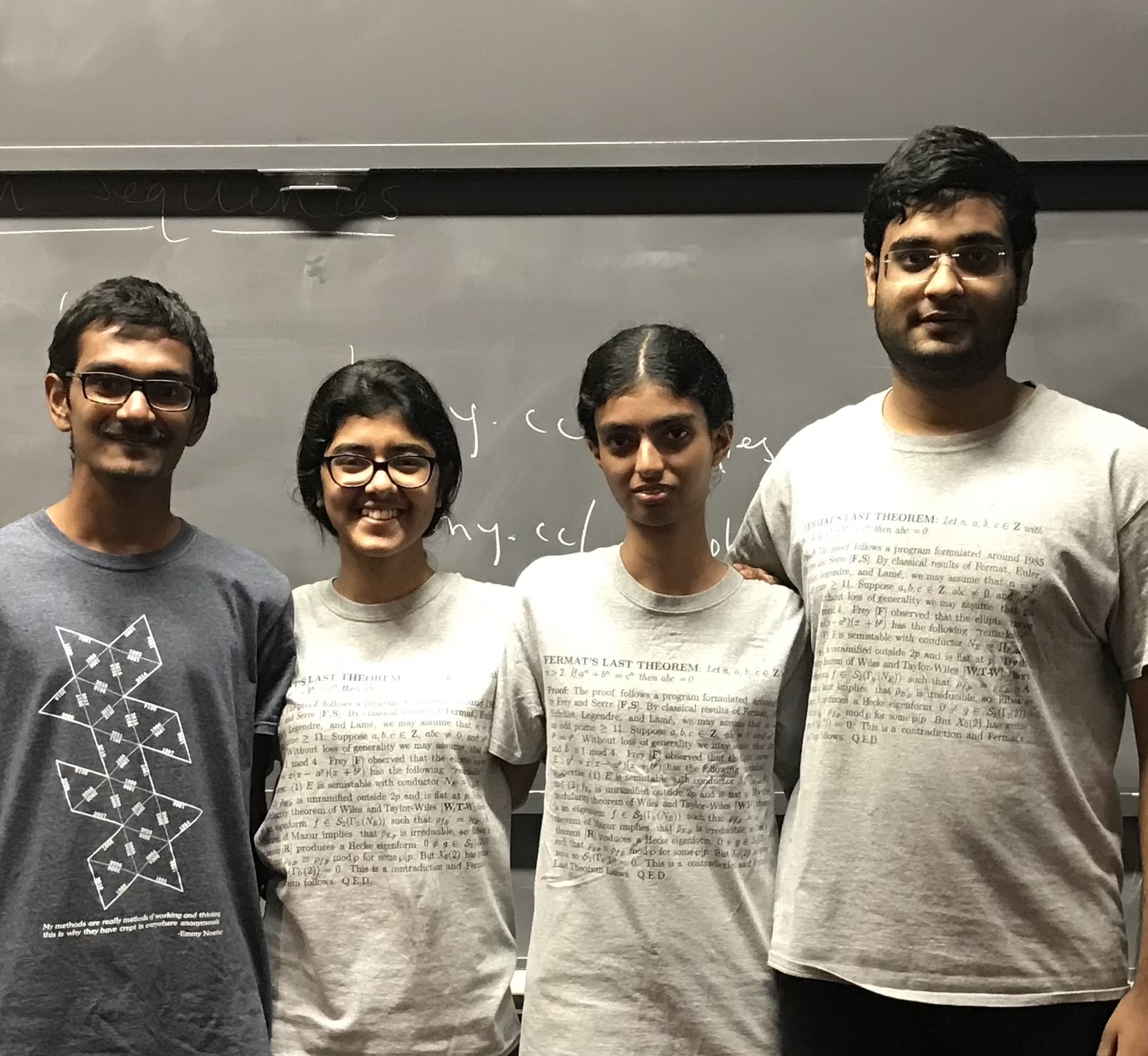 PROMYS India creates a highly stimulating, supportive, and collaborative mathematical community comprised of talented pre-university students, undergraduate counsellors, faculty, and visiting mathematicians. Students are advised by resident counsellors: undergraduates who are embarking on their own mathematical careers at some of the finest universities. Returning students, who have spent one or more prior summers at PROMYS, are a further source of enrichment. Senior mathematicians are a regular resource providing mathematical support and encouragement to the students. First-year students, returning students, and counsellors are all housed near each other in residence halls at Indian Institute of Science (IISc).

First-year students devote the bulk of their time to working on very carefully constructed sets of challenging Number Theory problems. Students can choose to work on these problems independently or in collaboration with others. Their efforts are supported by their individually assigned counsellors and by the whole community of counsellors, returning students, faculty, and visiting mathematicians. Students are supported, advised, instructed, encouraged, and given daily feedback on their work, but no-one at PROMYS India will ever deprive a student of the fruits of their own mathematical struggles by handing out solutions to the problems.

In addition to the Number Theory, first-year students may choose to undertake a First-Year Exploration Lab in which 3 or 4 students tackle an open-ended project under the guidance of a counselor and faculty. At the end of the summer, each group presents their findings to the entire community and writes up their work as a research paper.

It is central to the success of PROMYS India that returning students and counsellors encounter as much mathematical challenge and enrichment as the first-year students. There are therefore Advanced Seminars each summer designed primarily for returning students.

Returning students also engage in research projects mentored by professional mathematicians. Like the first-year students, returning students present their findings to the community at the end of the summer session and convert their research results into a research paper.

The regular programme activities are supplemented by a wide range of lectures by faculty and guests of the programme. These lectures introduce participants to related scientific fields and include discussions of a broad range of mathematical and maths-related topics. Additionally, the counsellors give lectures on topics of special interest and also organise minicourses on topics of their choosing.

2022 will be the 34th year of PROMYS at Boston University. There are now 1,894 PROMYS alumni, and there is an active world-wide alum community. Approximately 50% of alumni go on to earn a doctorate, approximately half of which are PhDs in Mathematics (of which about half are from MIT, Harvard, Berkeley, University of Chicago, Princeton, or Stanford. Many alumni also attend graduate school outside the U.S. including the University of Cambridge, the University of Oxford, ETH Zurich, Humboldt University of Berlin, and the Indian Statistical Institute).  There are many alumni in academia (including 172 professors) as well as many outside academia working in computer science, engineering, medicine, consulting, finance, law, and a great many other fields.

Alumni in a very wide range of occupations speak fervently of the benefits they have received from the rigorous habits of mind they acquired at PROMYS. You can read more about the alumni HERE on the PROMYS site.