"As a student: I have grown up doing competitive math for Olympiads. When I came to PROMYS 2015 as a first year, it showed me a new way of learning mathematics. PROMYS helped me to understand, how to build our own mathematics. PROMYS made me to ask questions, and the numerical problems are designed in a way to develop and investigate conjectures. PROMYS helped me understand how to approach a research problem. It showed the importance of numerical data which is helpful to see beautiful patterns behind them.

As a counselor: Every summer is a unique experience at PROMYS. When I'm a student, sometimes I ask counselors for the solution of some problems, and they never revealed the solution. Later, with struggle, I solved some of them. Being a counselor, I understood the deep reason behind it. After working with my students, witnessing the unique way of learning math and finding their own paths by themselves to become a mathematician amazed me." 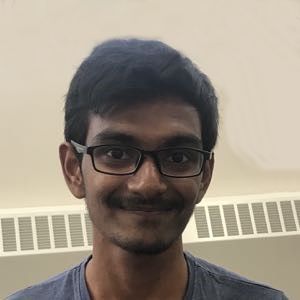 Sabir has graduated from Chennai Mathematical Institute (CMI) where he studied Mathematics and Computer Science. Sabir is from Andhra Pradesh. He was a first-year Mehta Fellow in 2015, a Returning Fellow Junior Counselor in 2016, and a Mehta Counselor in 2017, 2018 and 2019. At PROMYS 2019, Sabir mentored the research project of three returning Mehta Fellows titled, "Ulam Sequences."